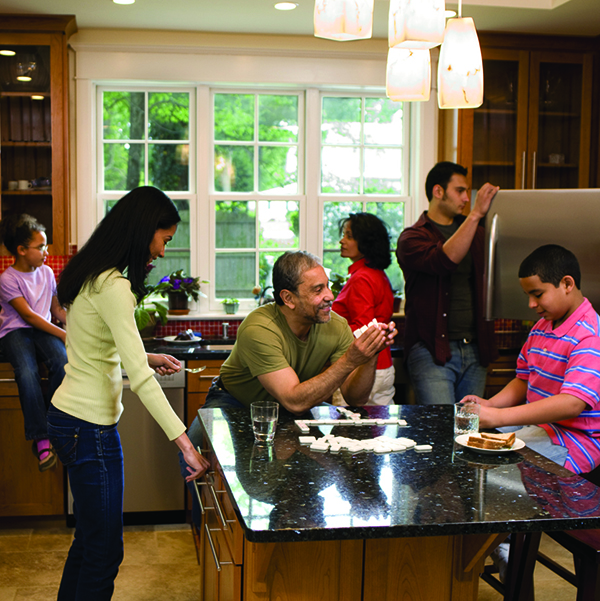 Balancing professional responsibilities with commitments at home is challenging for many working parents, the majority of whom admit to feeling stressed about juggling work and family life. A 2013 survey from the Pew Research Center found that 56 percent of working mothers and 50 percent of working fathers find it difficult to balance their personal and professional responsibilities. While the same survey found that only 23 percent of mothers feel they spend too little time with their children, those figures doubled for fathers. Finding more time for family can seem impossible, especially as children get older and get more involved in school and extracurricular activities. Kids growing up and getting more active in school and in their social lives tends to coincide with parents advancing in their careers and taking on more responsibilities at work. But no matter how hectic family schedules become, parents and kids can work together to find more time for one another.

• Inquire with your employer about telecommuting.

Telecommuting can be very family-friendly, allowing parents to cut out potentially lengthy commutes and spend more time with their children as a result. George Washington University in Washington, D.C. cites encouraging a better work-life balance for its employees in support of its telecommuting policy. The university notes that employees who have a better balance between their personal and professional lives may benefit from reduced stress and stronger overall health, which benefits the university by reducing healthcare costs. Parents who want to find more time for their families should inquire about telecommuting. Even if it’s just one or two days a week, the benefits can be considerable for both employee and employer.

Commuting consumes a considerable amount of time. In its 2015 ThankYou Premier Commuter Index, Citi found that the average commute in the United States is 45 minutes, and that those commutes cost workers nearly $2,600 per year. By moving closer to their offices, workers can instantly create more time for their families and potentially save themselves considerable amounts of money. Parents need not reinvent the wheel to find more time for their family, which can greatly benefit kids and parents alike.