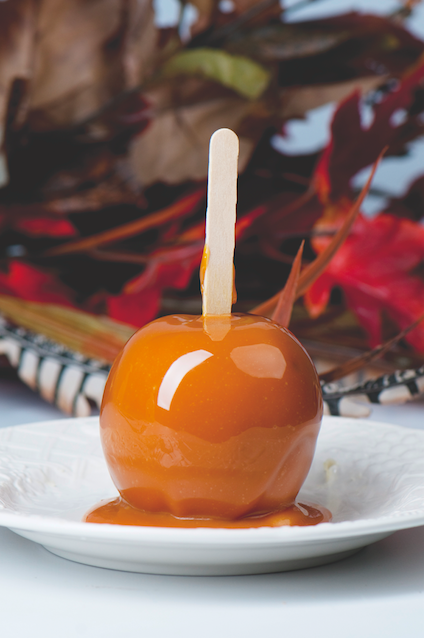 Halloween is a season of colors, from the orange pumpkins sitting on doorsteps to the purple and black bats hung from windows. However, Halloween also is known for its culinary delights, particularly the sweet treats that are served at parties or handed out to trick-or-treaters.

Many different foods have become synonymous with Halloween, with some not available any other time of year. Certain foods are enjoyed simply because they are fun, while others are tied to customs honoring the dead. Below are some of the more popular foods come Halloween and a little history behind them.

· Chocolate: Chocolate is big business around Halloween. According to a recent survey from the National Confectioners Association, 72 percent of all money spent on Halloween candy is spent on chocolate. Chocolate has been popular for centuries, but chocolate’s history is even lengthier than many people may know. Cocoa beans were harvested by ancient Olmec Indians as far back as 1500 B.C. Original uses for cocoa beans were in bitter drinks, similar to coffee. It would take centuries more for cocoa beans to be combined with milk and sugar to create the chocolate we know today. J.S. Fry & Sons and Cadbury Brothers were early purveyors of that type of chocolate.

· Candied apples: Candied apples are usually dipped in toffee or caramel. Other apples may be dipped in a melted sugar coating, similar to the recipe used for lollipops and pulled-sugar treats. It’s believed candied apples were created in 1908, when they were meant to be a display item to entice customers into candy shops. Candied apples are popular in the fall, when they’re easier to make because that’s when apples are in abundance. In addition, the layer of candy surrounding the apple sets better in autumn weather than in the humidity of the summer.

· Candy corn: Candy corn is most often found around Halloween in North America. The candy was created to look like kernels of corn. However, each candy kernel is three times larger than a real kernel. Candy corn was created in the 1880s by George Renninger of the Philadelphia-based Wunderle Candy Company. The Goelitz Confectionery Company began production at the turn of the century, calling their product “Chicken Feed.”

· Soul cakes: Early origins of trick-or-treating can be traced to customs for commemorating the dead. Individuals, mainly in Britain and Ireland, would go door-to-door “souling” for cakes baked with ginger, cinnamon, nutmeg, and raisins. For each cake they received, recipients would offer prayers for families’ departed relatives. Some people have kept the tradition alive and bake these biscuit-like cakes.

· Pumpkin pie: Pumpkin pie makes its debut in the fall when most pumpkins are ripe for the picking. Pumpkins became popular for cooking in England in the 17th century and were likely brought over to America by the pilgrims. Early pumpkin pies were savory, full of spices. Today’s pies are more sweet but still feature the familiar flavors of the past, including nutmeg and cloves. Pumpkin pie can be enjoyed around Halloween, but it usually takes center stage during Thanksgiving celebrations.