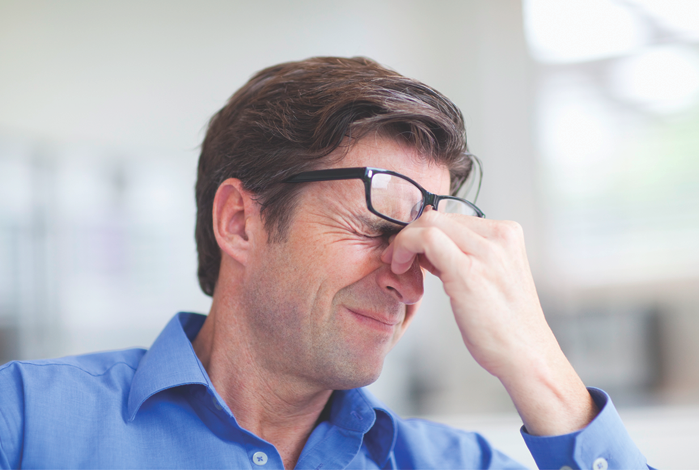 Stress is a part of life for many men and women. But as prevalent as stress is, many people are unaware of the potentially negative side effects that can result when stress goes untreated.

According to the American Psychological Association, chronic stress forces the muscles in the body to be taut and tense for long periods of time, a guardedness that can make men and women susceptible to stress-related disorders such as migraine headaches. In addition, the APA notes that stress can cause people to hyperventilate, which can trigger panic attacks in those prone to such events. Long-term stress has also been linked to a host of cardiovascular ailments, including hypertension, heart attack and stroke.

Stress can be triggered by a host of things, and what’s stressful for some may not be for others. But while people may react differently to certain situations, there are some common warning signs of stress that men and women should learn so they can more quickly address any problems with the stress they might encounter.

Stress manifests itself in various ways, including physically. Physical symptoms of stress may affect the musculoskeletal system, causing muscles to tense up and remain that way until a stressful situation has come and gone. Aches and pains can result as well, and some people coping with stress may experience nausea and dizziness.

Stress also can affect the cardiovascular system. When that occurs, uncomfortable and potentially dangerous symptoms such as rapid heartbeat and chest pain may result.

Stress also can affect mood. According to the Cleveland Clinic, signs of emotional stress include apathy, feeling on edge, a change in eating habits, and changes in sleeping patterns, which may involve sleeping more than usual or difficulty getting to sleep.

Some people coping with stress may have to deal with certain cognitive symptoms. Such men and women may find themselves in constant states of worry, and their thoughts may race to an extent that makes it difficult to accomplish certain tasks. Additional cognitive symptoms include poor judgment, inability to focus and feelings of forgetfulness and disorganization.

Stress also can affect behavior, and men and women suffering from stress may act nervously. Nail biting, fidgeting and pacing are among the behavioral symptoms of stress, which may be more noticeable to loved ones or colleagues than the individual exhibiting the symptoms. Some people also may procrastinate and avoid their responsibilities when dealing with stress. Increased use of alcohol and drugs or suddenly smoking more cigarettes also are behavioral symptoms of stress.

Men and women concerned about stress should consult their physicians and keep an eye out for any potential warning signs that stress levels are reaching unhealthy heights.