/ Our Blog / Is Chicken Soup the Ultimate Cold Medicine? 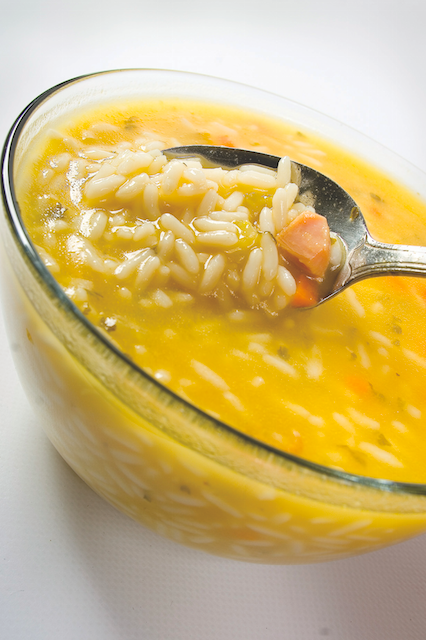 There are many treatments for the common cold. Perhaps no solution is more utilized than a hot bowl of chicken soup. People have chased away chills and sniffles with rich broth and savory vegetables for centuries. But is chicken soup really the miracle medicine upon which so many rely?

Chicken soup has long been touted for its ability to treat a cold. As far back as the 12th century, Jewish philosopher and physician Maimonides recommended it for colds. Although it would seem that chicken soup being good for colds is simply an old wives’ tale, there is really something substantial to the claims.

Any hot liquid or beverage can soothe throats that are sore from coughing or a postnasal drip from colds. Liquids in any form can help prevent dehydration and slow down runny noses, which exacerbate congestion and sinus pain. In 1978, researchers published a study in the journal Chest stated that sipping chicken soup or even just hot water could help clear clogged nasal passages.

Another benefit to chicken soup is its nutritional value. Most recipes for chicken soup include many different vegetables — from carrots to celery to leeks to even leafy greens, like spinach. The inclusion of the vegetables helps increase the nutritional value of the soup, particularly the antioxidants in the meal. Antioxidants, such as vitamins and minerals in produce, can help improve the immune system response of the body. According to WebMD, adding fruit and vegetables of any kind to your diet will improve your health. Some foods are higher in antioxidants than others. The three major antioxidant vitamins are beta-carotene, vitamin C and vitamin E. You’ll find them in colorful fruits and vegetables — especially those with purple, blue, red, orange, and yellow hues. Therefore, be sure to add these colors to your cold-fighting soup.

Additional studies have shown that chicken soup is a great cold reliever. In 2000, researchers at the University of Nebraska exposed neutrophils, white blood cells that fight infections, but also may cause inflammation, to diluted chicken broth. These cells slowed their movement, which would help reduce some symptoms of colds. Although a family recipe was used for the study, other soups were tested, and most store-purchased chicken soups worked the same way.

The majority of the symptoms from colds are caused not by the cold virus itself, but by the body’s response and fight against the invading virus. Many of these effects, like clogged noses and headaches, are some sort of inflammation. Therefore any food that can reduce inflammation may have cold-fighting benefits as well.

Although chicken soup may not eliminate all cold symptoms, it has enough beneficial properties to alleviate many complaints from colds. TF129474