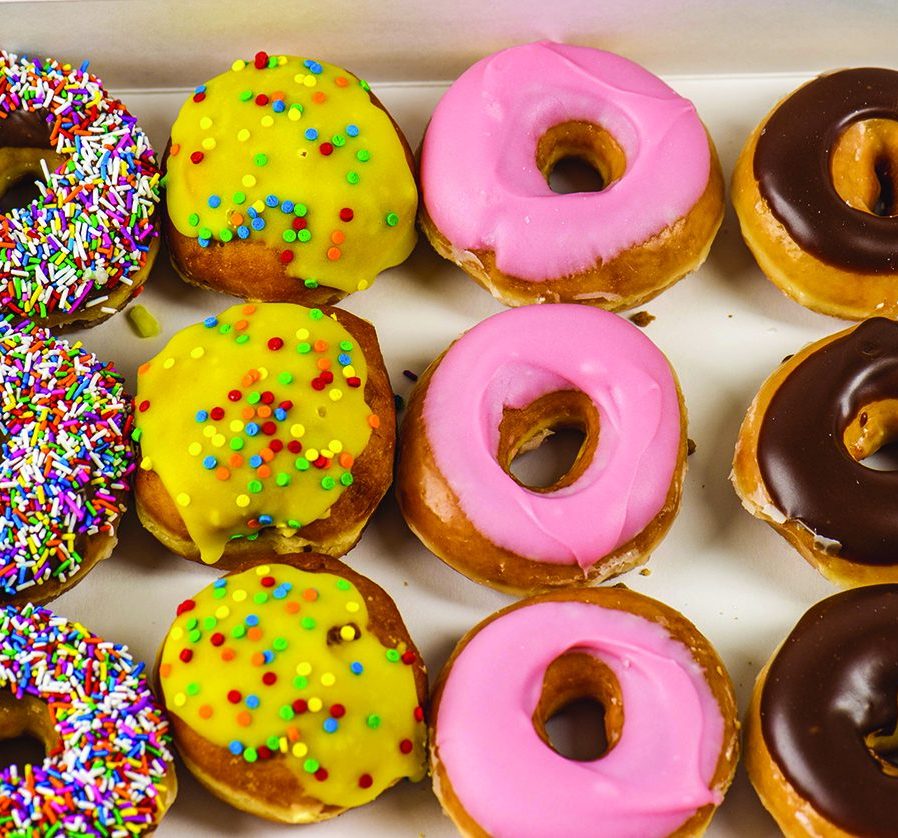 Doughnuts are beloved breakfast staples. A glazed doughnut to go with morning coffee on the way to work is a morning ritual for many people. Despite their popularity, many people do not know much about how doughnuts came to be.

The origin of doughnutss is widely debated. Desserts made from fried dough can be found in various countries and cultures. However, historians largely believe that the Americanized doughnut arrived thanks to Dutch immigrants. According to Smithsonian magazine, when Dutch settlers came to New York, they brought along olykoeks, translated to “oily cakes.” Records show the Dutch were making these creations as early as the mid-nineteenth century. These earliest doughnuts were balls of cake fried in pork fat until they were golden brown. Since the center of these doughnuts did not cook as fast as the outside, many also were stuffed with fillings that did not need to be cooked.

In a similar fashion, Elizabeth Gregory, a New England ship captain’s mother, used her son’s spice cargo along with lemon rind to fashion her own fried dough. Gregory made these pastries so that her son, Hanson, and his crew could store them on long voyages, and eat something that would ward off scurvy and colds. Gregory stuffed walnuts or hazelnuts in the centers of the dough. She came to call the pastries “doughnuts.” However, others attribute the name to the original olykoeks, which were sometimes shaped into knots and called “dough knots.”

While the doughnuts certainly were acceptable, Captain Gregory came up with a way to improve his mother’s concoction. Rather than stuff the doughnut to make up for the uncooked center, he punched a hole in the middle of the dough ball before it was fried. The hole increased the surface area and exposure to the hot oil, ensuring the entire doughnut cooked evenly. Other stories about the doughnut hole attributed the modification to the fact that Captain Gregory could then hang the doughnut on the ship’s steering wheel so he could use both hands to steer.

Prior to 1920, doughnuts were made entirely by hand. Adolph Levitt, a Russian refugee and baker, began selling doughnuts from his bakery in New York City’s theater district. To keep up with the crowds, Levitt invented a gadget that could make the fried rings faster. A circle of dough shaped like a ring dropped into a vat of boiling oil, circulated, was flipped over, and emerged from the oil on a moving ramp. Many modern doughnut companies still make their doughnuts like this.

Modernization and mass production brought a shortening of the name “doughnut.” Various doughnut companies use “donut” for the cakes. Whether you call them dough knots, doughnuts or donuts, the treats are delectable.