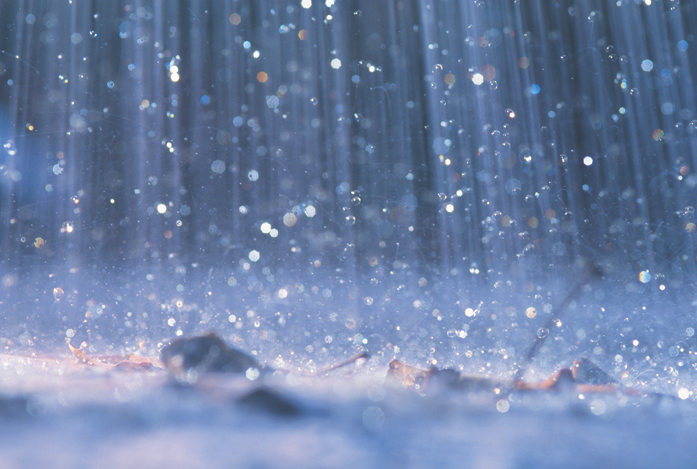 Rainy seasons vary across the globe. In much of North America, spring is when rainfall peaks.

Cherrapunji, in the Indian state of Meghalaya, is credited with being the wettest place on Earth. While many people will never experience the rainfall residents of Cherrapunji have grown accustomed to, they still can expect to see their fair share of precipitation.

The next time you reach for your trusty umbrella, give pause and think about these fascinating facts about rain.

1. Many people surmise that the world’s deserts receive the least amount of rain. However, this is not the case. Despite being covered mostly with ice, Antarctica only gets 6.5 inches of rain or snow per year, making it the continent with the lowest annual rainfall.

2. Scientists say that raindrops look more like chocolate chips than teardrops. Larger drops may resemble parachutes. Raindrops also come in many different sizes. The largest drops ever recorded fell in Brazil, where some drops measured as large as 10 mm.

3. It is possible for rain to fall at a velocity of up to 22 miles per hour, according to Explaining Science.

4. Rain has fallen on other planets, but such rain does not have the same chemical composition as the rain that falls on Earth. For example, rain on Venus is made of sulfuric acid. Because of Venus’ proximity to the sun, the rain evaporates even before it reaches the surface of the planet.

5. Acid rain is a type of precipitation that has sulphur dioxide and nitrogen oxides mixed in. These chemicals are created by factories and power stations.

6. Cloud shapes can help a person predict if rain is likely to fall. Nimbostratus clouds, which are the flat, low-level gray clouds, produce rain. Also, cumulonimbus, the tall, puffy clouds that look flat on top, can be indicators that rain is soon to fall.

7. Rain can take on the hue of particles in the environment. For example, dust or sand particles can mix in, tinting the rain.

8. There is such a thing as phantom rain, and you may not need an umbrella when it’s falling. With phantom rain, the droplets evaporate before they can reach the ground, and it can be difficult to tell if it is raining or not. Phantom rain is common in dessert climates.

9. Due to dissolved nitrogen from the air contained in raindrops, grass and other plants may look greener after a heavy rainfall.

10. “Petrichor” is a term coined in 1964 to describe the pleasant, earthy aroma that occurs following rainfall.