/ Our Blog / How Aging Adults Can Maintain Their Mental Acuity 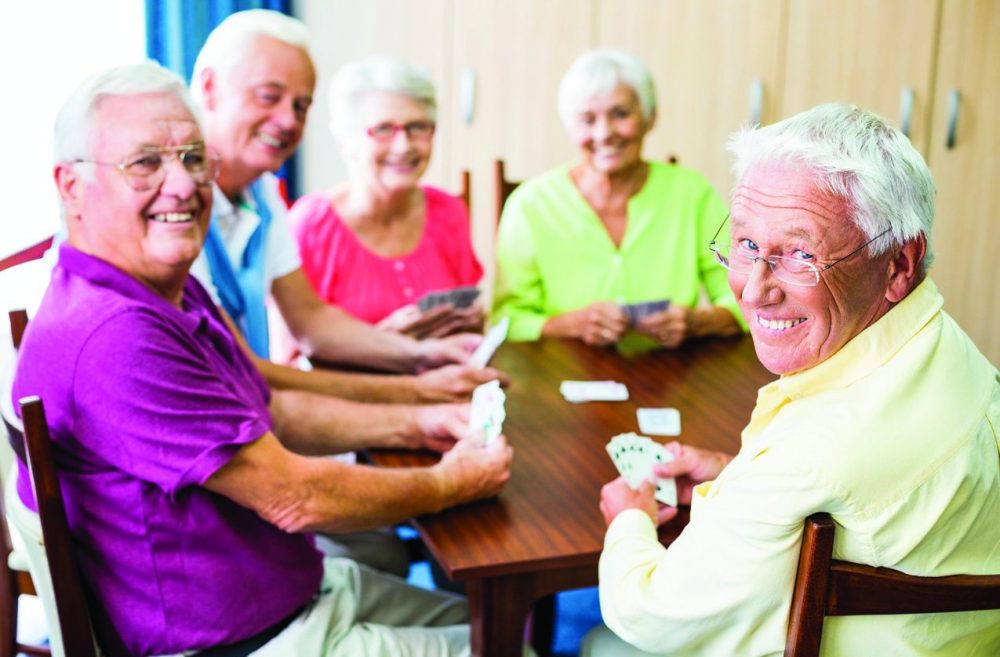 Aging is associated with or linked to a host of mental and physical side effects. For example, many adults expect their vision to deteriorate as they grow older. Such a side effect can be combatted with routine eye examinations that may indicate a need for a stronger eyeglass prescription, a relatively simple solution that won’t impact adults’ daily lives much at all. While physical side effects like diminished vision might not strike much fear in the hearts of aging men and women, those same people may be concerned and/or frightened by the notion of age-related cognitive decline. Some immediately associate such decline with Alzheimer’s disease, an irreversible, progressive brain disorder that gradually destroys memory and cognitive skills, ultimately compromising a person’s ability to perform even the simplest of tasks. But age-related cognitive decline is not always symptomatic of Alzheimer’s disease. Learning about Alzheimer’s and how to maintain mental acuity can help aging men and women better understand the changes their brains might be undergoing as they near or pass retirement age.

The National Institute on Aging notes that only a very rare form of Alzheimer’s disease is inherited. Early-onset familial Alzheimer’s disease, or FAD, is caused by mutations in certain genes. If these genes are passed down from parent to child, then the child is likely, but not certain, to get FAD. So while many adults may be concerned about Alzheimer’s because one of their parents had the disease, the NIA notes that the majority of Alzheimer’s cases are late-onset, which has no obvious family pattern.

Can Alzheimer’s disease be prevented?

Studies of Alzheimer’s disease are ongoing, but to date there is no definitive way to prevent the onset of the disease.

How can I maintain mental acuity as I age?

Researchers have not yet determined a way to prevent Alzheimer’s disease, but adults can take certain steps to maintain their mental acuity into retirement.

• Exercise regularly. Routine exercise may be most associated with physical benefits, but the NIA notes that such activity has been linked to benefits for the brain as well. For example, a 2011 study published in the journal Proceedings of the National Academy of Sciences of the United States of America found that aerobic exercise training increases the size of the hippocampus, leading to improvements in spatial memory. The NIA also notes that one study indicated exercise stimulated the brain’s ability to maintain old network connections and make new ones vital to cognitive health.

• Read more. Avid readers may be happy to learn that one of their favorite pastimes can improve the efficiency of their cognitive systems while delaying such systems’ decline. A 2013 study published in the journal Neurology by researchers at Chicago’s Rush University Medical Center found that mentally active lifestyles may not prevent the formations of plaques and tangles associated with Alzheimer’s disease, but such lifestyles decreases the likelihood that the presence of plaques or tangles will impair cognitive function.

The idea of age-related cognitive decline strikes fear in the hearts of many men and women, but there are ways for adults to maintain their mental acuity well into their golden years.